According to court documents, in March 2019, agents from the Bureau of Alcohol, Tobacco, Firearms, and Explosives (ATF) learned that Gerber, who had prior state felony convictions, was selling firearms and methamphetamine in the Coos Bay area.

On April 4, 2019, an undercover ATF agent met with Gerber for a firearms purchase. Upon entering Gerber’s home, the agent saw drug paraphernalia and approximately 20 to 25 firearms displayed for sale. During the meeting, Gerber stated, “everything’s for sale for the right price.” Gerber then sold the agent a short-barreled shotgun, a Glock pistol, three magazines, three drum magazines, and 91 rounds of ammunition—all for $600.

The agent arranged a second purchase the following week. On April 11, 2019, the agent again met with Gerber inside his residence. This time, the agent purchased an AK-style rifle for $500 and asked if Gerber would sell methamphetamine. Gerber agreed to sell the agent approximately 13 grams of methamphetamine for $240.

Finally, on April 25, 2019, the agent brokered a third firearm purchase from Gerber. Gerber sold the agent a second sawed-off shotgun, an AR-style pistol, 181 rounds of assorted ammunition, six 30-round AR-style magazines, and a Colt .45 caliber “Night Defender” pistol for $1,500. A short time later, ATF agents executed a search warrant on Gerber’s residence and arrested him.

As part of his plea agreement, Gerber agreed to forfeit the firearms described in the indictment.

On January 6, 2020, Geber pleaded guilty to one count each of unlawful possession of a short-barreled firearm and distribution of methamphetamine.

This case was investigated by ATF and prosecuted by Nathan J. Lichvarcik and William McLaren, Assistant U.S. Attorneys for the District of Oregon.

The case was brought as part of Project Safe Neighborhoods (PSN). PSN is the centerpiece of the Department of Justice’s violent crime reduction efforts. PSN is an evidence-based program proven to be effective at reducing violent crime. Through PSN, a broad spectrum of stakeholders work together to identify the most pressing violent crime problems in the community and develop comprehensive solutions to address them. As part of this strategy, PSN focuses enforcement efforts on the most violent offenders and partners with locally based prevention and reentry programs for lasting reductions in crime. 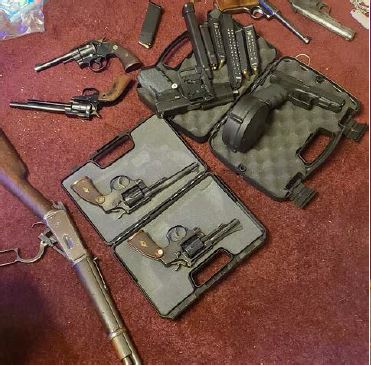 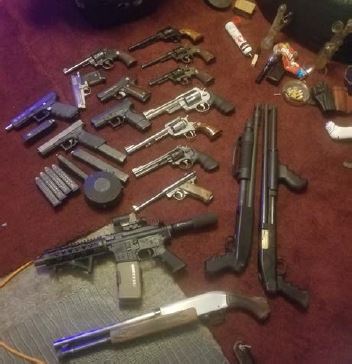