On Sunday, February 23, 2020 at about 10:39 A.M., Oregon State Troopers and emergency personnel responded to the report of a single vehicle crash on Interstate 5 southbound near mile post 23.

Preliminary investigation revealed that a white 1996 Chevrolet SUV,  Craig McRae (70) of Vacaville, CA. was southbound on Interstate 5 when for unknown reasons went off the roadway, rolled over, and landed in a nearby field off the shoulder off the freeway.

Interstate 5 was reduced to one lane for approximately 2.5 hours following the crash. 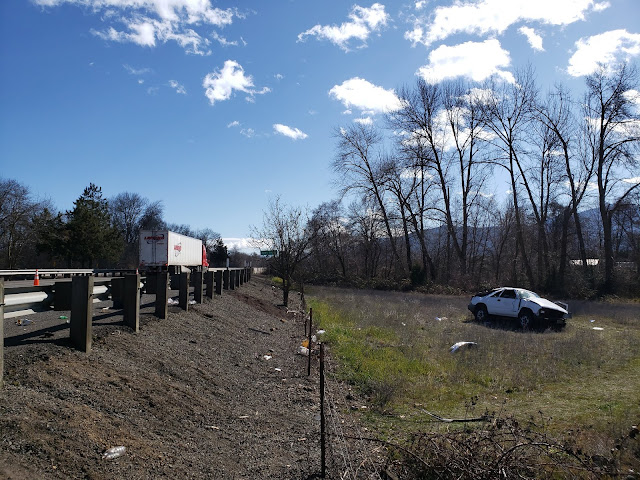