ROSEBURG, Ore. - A Roseburg man is in jail after Douglas County Sheriff's Office K9 Zoro tracked him down following a vehicle pursuit.
On Sunday, February 9, 2020, at 11:55 pm, a deputy observed a tan 1992 Honda Accord commit a traffic violation on Meadow Avenue near Kerr Street. The deputy learned the vehicle had previously been reported stolen to the Springfield Police Department.

The deputy attempted to stop the vehicle, at which point the driver failed to stop. The driver began driving south in the northbound lanes of travel. The pursuit was terminated due to safety concerns.
As the suspect drove in the wrong direction, he nearly struck a responding deputy. Shortly thereafter, the suspect hit a van and the suspect driver crashed between mileposts 124 and 123 and fled from the vehicle on foot.

K9 Zoro tracked the suspect and located him along the riverbank. The suspect, 40 year-old Matthew Kelm of Roseburg, was taken into custody without further incident.

Kelm was transported to the Douglas County Jail where he was lodged on the following charges:
The subjects in the van were uninjured. The Sheriff's Office was assisted by the Roseburg Police Department.

K9 Zoro, a 2 year-old German Shepherd, has been with the Douglas County Sheriff’s Office since September 2019 and was purchased by an anonymous donor in the community. The Sheriff’s K9 program is supported financially by the Friends of Umpqua Valley Police K9 Programs, a nonprofit organization which holds fundraisers and receives donations from the community. Bailey's Veterinary Clinic provides medical care for K9 Zoro while Coastal Farm and Home Supply provides his food. 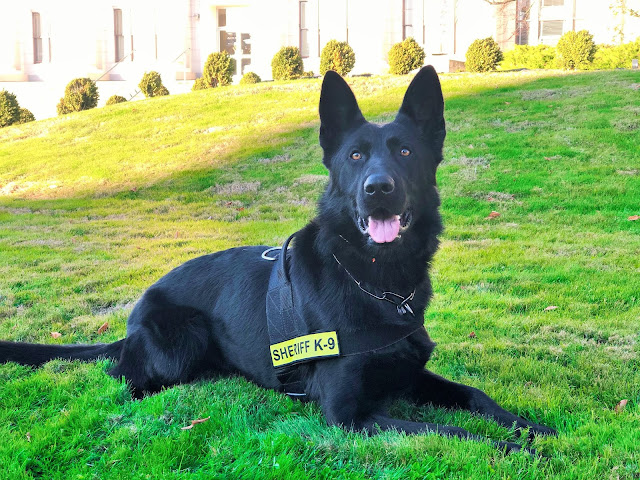