Emergency  crews were dispatched to the area and determined a 17 year-old Redmond, Oregon man had crossed over the safety railing and had fallen approximately 10 feet, then sliding approximately 20 feet before stopping. The male suffered only minor injuries. Rescue crews were able to safely assist him back to the trail where he walked back to the parking lot on his own.

The male was transported to Mercy Medical Center by ambulance for evaluation. 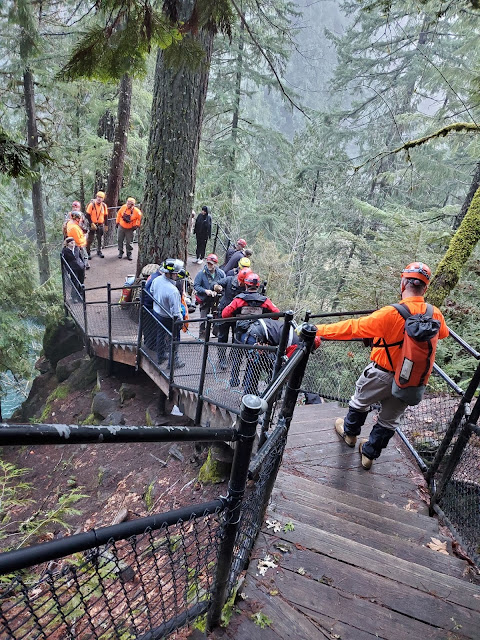