On February 9th, at 2:41 a.m., officers were dispatched to a possible sexual assault that had just occurred. The victim and family reported the 21 year old victim was kidnapped and sexually assaulted by her Uber driver who was no longer on scene.

The case was ultimately turned over to Medford Police Detectives. On February 11th, 2020, the Uber driver, Antonio Gonzalez-Salinas, 51 years old was arrested and lodged in jail for the following charges:
Bail: $360,000

The investigation revealed the following:

The 21 year old female victim was out with a group of friends in downtown Medford on Saturday night / early Sunday morning. The victim became intoxicated and her friends called for an Uber to take her to another friend’s house in East Medford. The Uber driver arrived at 1:29 a.m., in a black Lexus, with license plate “VOLRIS.”

At about 1:45 a.m., the friends learned that she had not arrived at the residence. They called her and the phone was hung up several times. The victim’s male friend was eventually able to talk to the Uber driver, who answered her phone. The driver claimed that he was having trouble finding her house. Repeated attempts to call the victim were not answered.

The friend contacted a relative of the victim, who was able to track her phone. At 2:07 a.m., her phone was tracked to an area about two blocks from her destination. A relative of the victim, and two associates responded to the location where the phone was last pinged. When they arrived at around 2:30 a.m., they saw the Lexus parked on the street with the victim in the passenger seat. The victim was upset and crying, and the Uber driver left the scene. The friends learned of the sexual assault and called police. Detectives further determined that the driver was repeatedly locking her doors as he was sexually assaulting her.

On February 11th, 2020 at 1:30 p.m., detectives located Gonzalez-Salinas at his house in the 1900 block of Erin Way, Medford. He was arrested without incident and the victim’s phone was recovered from his home. Additional evidence, to include his vehicle, were seized for evidence.

Detectives have reached out to Uber as part of our investigation.

Antonio Gonzales-Salinas has one prior conviction for misdemeanor Harassment, which was non sexual in nature. 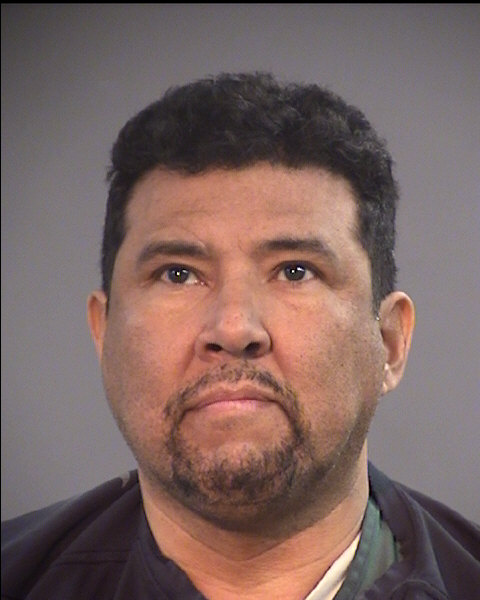