On Monday, March 23, 2020 at approximately 8:50 PM, a resident of the Redwood Towers located at 306 NW 6th St. reported a male subject was trying to steal the license plates off his car.  The reporting person attempted to stop the suspect from taking his plates and a fight ensued.  During the fight, the suspect sprayed the victim with pepper spray and stabbed him in the hand with a screwdriver. He then fled the scene.

Officers arrived in the area, set a perimeter and began searching with police K-9.  While the K-9 was tracking the suspect, a male was contacted by one of the perimeter police units.  The male was identified as 34-year-old Christopher Cooper.  Resulting from the investigation that followed, Cooper was taken into custody and lodged for assault 2, attempted robbery 2, and unlawful use of pepper spray.  Cooper was lodged at the Josephine County Jail.  The victim refused medical treatment. 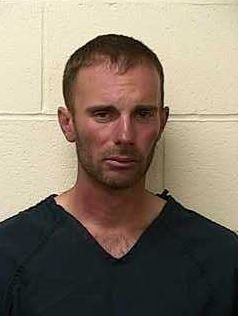