During the late-night hours of Thursday March 26th and the early morning of Friday March 27th, 2020 multiple Junction City residents were victimized by having items stolen from their unlocked vehicles parked at or near their homes.  Junction City Police have identified a suspect this is case as 24-year old Steven Mitchell Mercier.

Mercier is described as a white male, 5’08” tall, with weight fluctuating from about 175-200 pounds, partly balding with close-shaven head (his natural hair color is brownish to blondish in color), and has hazel-colored eyes.

Among the items stolen was Oregon license plate number D64665.  This is a yellow-colored permanent-issue disabled vehicle plate with dark blue lettering.

Anyone with information on Mercier’s whereabouts and/or information on any crimes he may have committed is urged to immediately contact the Junction City Police Department at 541-998-1245.

Citizens are advised to use caution and should not approach or attempt to apprehend Mercier. 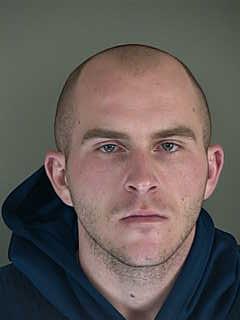