On April 25th at 12:37pm, the Josephine County Sheriff’s Office and the Oregon State Police responded to a report of shots fired on Cloverlawn Drive.

Additional callers reported hearing multiple gunshots and someone yelling for help.  Several vehicles where reported leaving the scene as patrol units were responding.   As units arrived on scene, it was undetermined where the shots had initiated from and the surrounding properties were checked.   One of the properties was a large marijuana grow.

At Approximately 2:34pm, additional information was received by the Josephine County Sheriff’s Office regarding a suspicious silver Honda Odyssey with bullet holes and blood inside that had been dropped off at a local tire store.

The investigation continued, with the assistance of Oregon State Police Major Crimes Unit, in locating the subject owning the Honda.  It was determined the driver and passenger of the Honda Odyssey entered a property on Cloverlawn Drive and a male subject began shooting at them.  Information obtained indicated multiple rounds were fired into the vehicle striking a K9.  The vehicle then fled the scene.

The Josephine County Sheriff’s Office responded to the Cloverlawn address and contacted the owner of the property and found evidence corresponding with the victim’s statements.

Tung Ming Chen was arrested and transported to the Josephine County Jail on the above listed charges.

On April 26th at approximately 10:30am, the Josephine County Marijuana Enforcement Team executed a search warrant for the property.  During the execution of the search warrant, an estimated 255 lbs of processed marijuana was seized.  Also seized were 3,159 growing marijuana plants, multiple jars of butane honey oil, American currency and all the equipment related to the butane honey oil lab.
ARRESTED: Tung Ming Chen (40yrs.)
CHARGES: 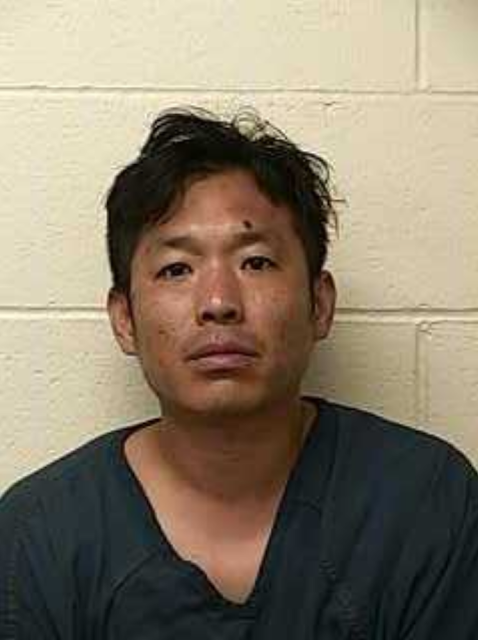