On Tuesday, April 28, 2020 an Oregon State Police Trooper conducted a traffic stop on a 2020 Chrysler Van on Interstate 5 northbound near milepost 60.

During the traffic stop the Trooper observed several signs of criminal activity and a search of the vehicle was conducted.

The driver, Bryant Oglen (52) of Wisconsin,  stated he had flown into Medford and was driving back home to Wisconsin.

Oglen was cited and released for unlawful import/export of marijuana. 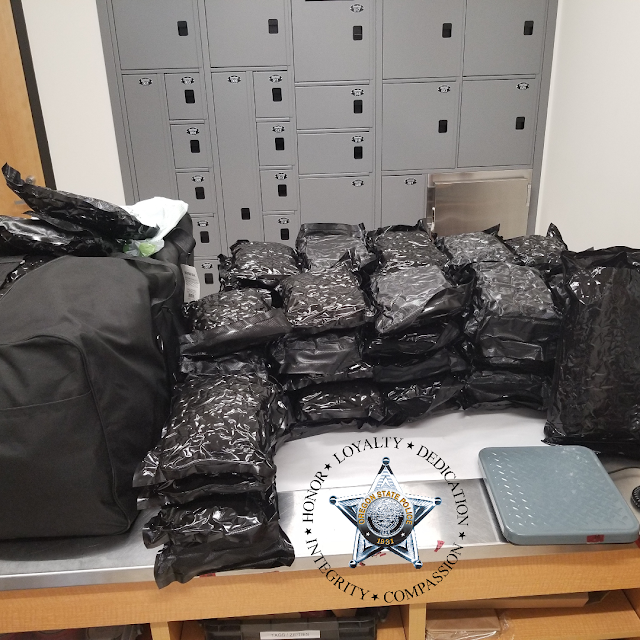