In October of 2017, the defendant, aged 26 at the time, was caught engaging in sexually explicit conduct online with a 15-year-old girl living outside of Oregon. The victim’s grandmother searched the defendant’s social media accounts and determined he lived in Beaverton, Oregon. She then immediately contacted the Washington County Sheriff’s Office which launched an investigation into the incident.

Over the course of two law enforcement interviews, the defendant admitted to detectives that he was aware of the victims’ ages and admitted to engaging in sexually explicit conversations with them via social media and other digital platforms.

The Washington County District Attorney’s Office credits the victim’s family for making the initial report, and the Washington County Sheriff’s Office for their investigative work on this case. This office also acknowledges Detective Tim Mateski for his detailed investigation and continuing efforts to identify the defendant’s additional victims.

A sentencing hearing is scheduled for June 10, 2020. The defendant will remain in custody until that time. 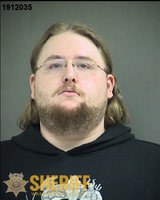