In December of 2019, detectives with the Deschutes County Sheriff’s Office initiated an investigation after receiving a tip from the Internet Crimes Against Children Task Force (ICAC) regarding the uploading of images of child pornography from a residence in Deschutes County.

Detectives were able to determine through their investigation the images were uploaded at the residence belonging to Darwin Born in the 1000 block of Golden Pheasant Dr. in Eagle Crest.

In February, 2020 detectives served a search warrant at Born’s residence and seized multiple electronic devices. Born and other occupants of the residence were also interviewed at that time. The electronic devices were later analyzed and numerous photographs of child sex abuse were discovered on a computer belonging to Born.

On May 27, 2020 Born was interviewed again and ultimately lodged in the Deschutes County Sheriff’s Office Jail for the above mentioned charges.

The Internet Crimes Against Children Task Force is a national network of 61 coordinated task forces representing over 4,500 federal, state, and local law enforcement and prosecutorial agencies.

In the past 12 months, tips from the Internet Crimes Against Children Task Force has resulted in fourflash arrests by the Deschutes County Sheriff’s Office for the possession and distribution of child pornography. 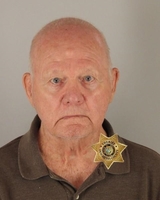