On Wednesday, May 6, 2020, following a five-month investigation, 25-year-old Redmond resident Kellee Johnson, a former gymnastic coach at the Redmond Gymnastics Academy (RGA), was arrested on multiple sex crimes for having a relationship with one of the RGA students under the age of 18. Kellee wasn’t the primary coach for the victim, but did attend competitions the victim participated in.

Kellee Johnson was lodged at the Deschutes County Jail on May 6, 2020, for the following crimes: Luring a Minor for Sexual Conduct, Online Sexual Corruption of Child I, Sex Abuse II, Sex Abuse III, Contributing to the Sexual Delinquency of a Minor, DCS Marijuana to a minor for no consideration.

The Redmond Gymnastic Academy made the initial report of the incident to the Police. The department appreciates the cooperation we have received from RGA during this investigation. The incident has also been reported to U.S. Center for SafeSports, who handles all reports of sexual abuse and child abuse within the U.S. Olympic & Paralympic Movements.

The Redmond Police Department strives to make Redmond the Safest Community in Oregon by serving with “Excellence, Teamwork, and Professionalism.” 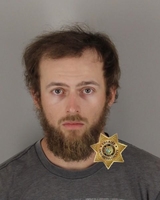