On April 21, 2020 the Deschutes County Sheriff’s Office received a report of a sex crime that had taken place at a La Pine area daycare. The allegation involved a female juvenile under the age 14 attending the daycare and the husband of the daycare owner.

Detectives were notified and began an investigation into the allegations. The Department of Human Services Child Welfare Division was also notified of the investigation and assisted with a safety plan.

During the three week investigation, detectives developed probable cause to arrest Holloman for one count of Sex Abuse I. On May 12, 2020, Holloman was taken into custody and lodged in the Deschutes County Sheriff’s Office Jail.

Detectives believe there could be other victims in the community.  Any parent that has not already spoken to detectives and are concerned about their child having unsupervised or inappropriate contact with Holloman is asked to contact Detective Josh Barker at 541-617-3331.

The Deschutes County Sheriff’s Office would like to thank the City of Bend Police Department and the Department of Human Services Child Welfare Division for their assistance during this investigation. 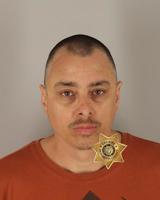