SUTHERLIN, Ore. - A Roseburg woman was arrested for arson on Monday and lodged in the Douglas County Jail.

Deputies were dispatched to a residence in the 400-block of North Side Road around 12:40pm on May 26, 2020 for a report of a fire. When deputies arrived, a female was observed running from the residence with a lighter in her hand.

Deputies chased her down on foot where a struggle ensued near the burning residence. During the struggle, the female, 37-year-old Diane Elaine Morey, struck a deputy. She was eventually taken into custody and transported to Mercy Medical Center for evaluation before being lodged in the jail.

Morey was lodged on charges of Arson I, Resisting Arrest and Harassment. 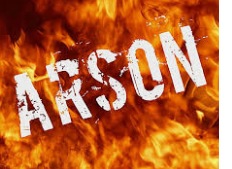