DOUGLAS COUNTY, Ore. - Deputies and Search & Rescue crews are searching for a reported vehicle crash which was relayed via CB radio this morning.

At 9:14 am, the 911 center received a report from an individual who overheard a distress call on CB radio channel 17 from a male who stated he and his wife had been involved in a vehicle crash on Thunder Mountain and were in need of medical help. The caller told dispatchers he was near Tyee when he received the call. There was no further information to assist responders.

Deputies and Search & Rescue Crews are searching Thunder Mountain area southeast of Glide for signs of a vehicle crash and have yet to locate anything. There are no other known locations within Douglas County referred to as Thunder Mountain.

Anyone who overheard the radio traffic or has concerns about missing or overdue individuals is asked to contact the Sheriff's Office at 541-440-4471.

The Sheriff's Office is being assisted by the Oregon State Police, BLM Law Enforcement and Douglas Forest Protective Association. 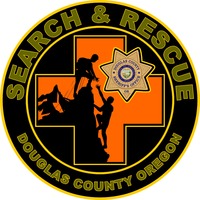