Stabbing Suspect has Been Located

Gregory Cross, a suspect in the fatal stabbing outside of Florence, was just located by an Oregon State Police Trooper.  We appreciate everyone keeping their eyes out for him!  This case is still being actively investigated.  More information will be released as it becomes available.

The Lane County Sheriff’s Office is seeking the public’s assistance locating the suspect in a stabbing south of Florence that was reported on 5/29/2020 shortly before 1:00 a.m.  The victim was transported to the hospital but did not survive the incident.  Deputies are working to identify next of kin before publicly identifying the victim.

The suspect, identified as 32 year old Gregory Domonic Cross of Florence, fled the area.  Deputies searched for Cross for multiple hours with the assistance of the Florence Police Department, the Oregon State Police, the Eugene Police Department, Douglas County Sheriff’s Office, and the Reedsport Police Department but have been unable to locate him.

Cross is described as a white male standing 6’0” tall and weighing approximately 190 pounds with short blond hair and brown eyes.  Community members are urged to contact the Lane County Sheriff’s Office if they have seen Cross or know his whereabouts.

Please do not attempt to contact or apprehend Cross as he is considered to be armed and dangerous. 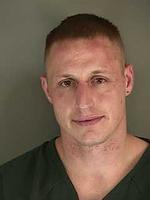