On June 5th, 2020, at about 9:12 p.m., officers were dispatched to an address in the 3000 block of Adams Circle for a male who had been making threats to kill family members and any responding officers. He was not believed to have access to weapons, however he is a convicted felon from a prior conviction for Conspiracy to Commit Murder.

The suspect, Vincent Padgett, 49 years old, was found to be in possession of a loaded AR-15 rifle, 500 rounds of ammunition, a bullet proof vest and night vision. The investigation indicates that the suspect was aware officers were on scene and was lying in wait.

We would like to commend the officers on scene for remaining calm in a very tense and deadly situation. 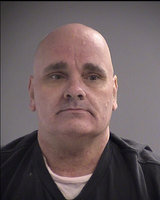