In 2012, the defendant was convicted on multiple charges and sentenced to life in prison with a minimum of 27 years for his role in the death of his infant son. In 2018, the Oregon Supreme Court overturned that conviction citing concerns with a search warrant executed on the defendant’s computer. That decision led to this second trial which was scheduled to begin this fall until the defendant opted to plead guilty to the above charges.

On June 12, 2011, Mr. Mansor called 9-1-1 to report his infant child was not breathing. The boy was rushed to the hospital but was declared brain dead the following day. Subsequent medical evaluation on that child and another child under the defendant’s care uncovered a history of abuse.

Mr. Mansor told investigators that he was home alone with the children when one of them began to choke while the defendant was feeding him. Mr. Mansor said he then shook the child and smacked his back in an effort to clear his breathing way. He reported the child’s breathing became very labored but waited an additional 15 minutes before calling for help.

In addition to his prison sentence, the defendant will also undergo more than twelve years of post-prison supervision upon his release. The defendant will be transferred to the Oregon Department of Corrections to begin serving his sentence.

If you know of a child suffering abuse, report it immediately by calling 9-1-1. You can also report your concerns to the Oregon Child Abuse Hotline by calling 1-855-503-SAFE.

A statement from the victim’s mother is also included as a separate attachment. 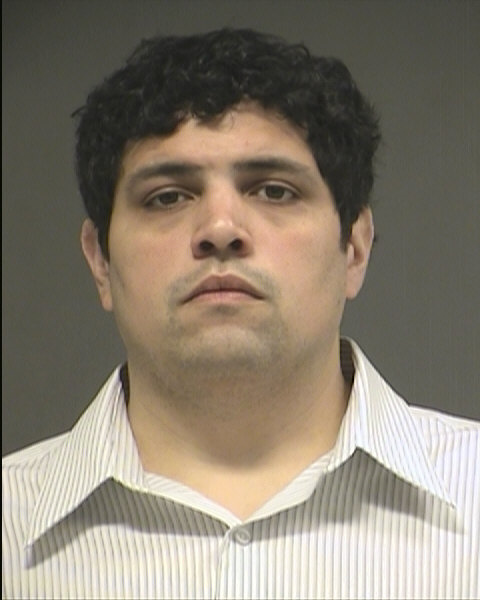 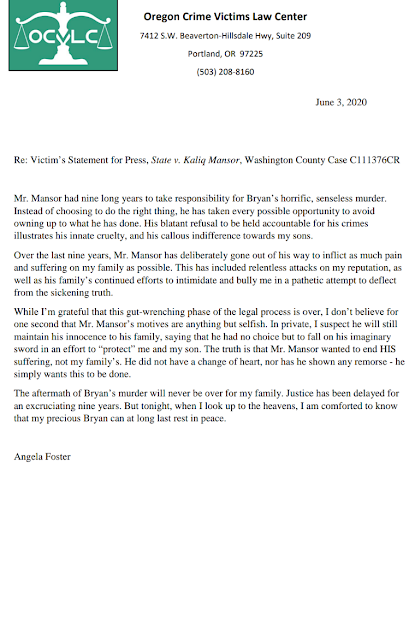