Man arrested at Troutdale truck stop on charges of kidnapping

On Wednesday, June 17, at approximately 11:51 p.m., Multnomah County Sheriff’s Office patrol deputies responded to a report of a kidnapping at a truck stop in the 400 block of NW Frontage Road in Troutdale. The adult victim reported that she was held her against her will and assaulted as they travelled from California to Troutdale. The woman was able to escape and get to safety inside a convenience store.

Deputies found the suspect, identified as Lanny Bieroth, 49, inside the tractor truck and took him into custody. The victim was taken to the hospital for a medical evaluation. MCSO Detectives and a member of the Domestic Violence Enhanced Response Team responded to assist in the investigation.

Bieroth was booked into MCDC on charges of Kidnapping in the Second Degree. Additional charges are expected in other jurisdictions. This is an ongoing investigation, and no further information can be released. 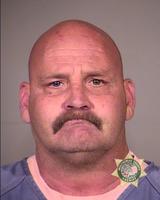