The driver was identified as Victor Aguilar (33) from Outlook, Washington. Mr. Aguilar was lodged at the Jackson County Jail for Unlawful Possession and Delivery of Heroin.

The Oregon State Police was assisted by the Department of Homeland Security Investigations Medford Office. 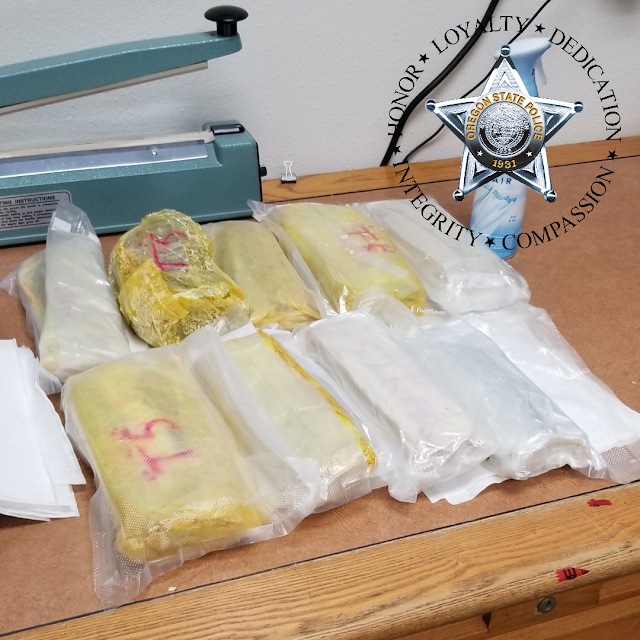