At approximately 11:20 am, on Thursday, July 9, 2020, 9-1-1 dispatchers received a report that the body of a deceased male was located in the lake. Marine Deputies along with the Douglas County Medical Examiner responded to the scene and recovered the body of 37 year-old Jared Bruce Boria of Vancouver Washington. His family has been notified.

Boria had previously been presumed drowned after he went missing on Tuesday, June 30, 2020. Boria had launched his kayak from his camping space at Diamond Lake Campground and paddled out onto the lake after 10:00 PM. At approximately 10:20 PM, dispatchers began receiving reports of a male yelling for help from the water. Boria was later reported as missing by his wife.

"The Sheriff's Office extends its deepest condolences to the family of Jared", Sgt. Brad O'Dell said. "There were numerous man hours and resources spent searching for Jared so his family and friends could have some answers. Our hearts go out to them."

The Douglas County Sheriff's Office would like to extend its thanks to all of the agencies and personnel involved. 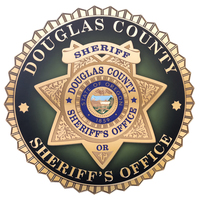