On Wednesday, July 22, 2020, at about 11:25 PM, Lincoln City Police Officers responded to a reported suspicious person call in the southwest 3800 block of Hwy 101. It was reported that a man was walking along Hwy 101 while carrying several surf boards. Officers located the man and identified him as 29-year-old Christian M. Berry of California and Hawaii, carrying several surf boards. When asked, Berry said he found the surf boards.

During the subsequent investigation, officers saw that the surfboards still had price stickers on them and that he was wearing two hats on his head. In addition Berry had a wetsuit tied around his waist that still had tags on it. Berry was also found to be in possession of an acoustic guitar, wax, board fins, and other items, many price tag marked and surf related. Other officers began checking the area and found the Zuhg surf shop located at 3219 SW Hwy 101, sold hats similar to the hats Berry was wearing. Examining the exterior of the business, officers located signs of illegal entry. The business owner was contacted and he responded to the scene. It was determined that the business had been burglarized and the owner verified the surf boards and other items Berry was in possession of had been stolen from the shop.  The recovered stolen items were valued over $2000 and they were returned to Zuhg. Some of the items, and a houseplant, were slightly damaged by Berry during the incident.

Berry was subsequently arrested and transported to the Lincoln City Police Department on charges of Burglary II, Theft I, Criminal Mischief III, and Trespass II. The Lincoln County Jail was contacted, but due to their current Covid-19 prevention policies, they refused to intake Berry on the listed charges. Berry was issued citations for the listed charges and released from the police department. 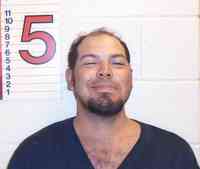