On July 13th, 2020 at about 9:00 a.m. 49 year-old Billy Joe Davis II of Aurora, Oregon was arrested by the Oregon City Police Department after he drove to the area of the Kingsbury Heights Apartments located at 14290 Marjorie Lane in Oregon City, Oregon thinking he was meeting with a 15 year-old girl he met on Facebook to have a sexual relationship with her.

The investigation started on July 6th, 2020 after Mr. Davis II sent an unsolicited message to an undercover officer on Facebook.  During the ensuing investigation, Mr. Davis II asked the undercover officer for sexually explicit photographs and videos on multiple occasions and arranged to meet with the undercover officer, thinking the officer was a 15 year-old girl.  Mr. Davis was arrested without incident on charges of Luring A Minor, Online Sexual Corruption of a Child in the First Degree and Using a Child in Display of Sexually Explicit Conduct.  He is currently lodged at the Clackamas County Jail on $280,000 bail.

The investigation serves as a reminder for parents to continually educate their children on safe internet practices and habits. 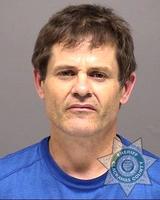