Investigators have identified Bret Alan Hagenno as a suspect and believe he could be armed and dangerous.

Hagenno is described as 6 foot tall, approximately 250 pounds and balding.

He may or may not have a beard and is known to frequent Josephine and Jackson Counties.

Oregon State Police Major Crimes Section Detectives are asking for the public’s help in locating Hagenno who is wanted for Murder II in Josephine County. If anyone has seen Hagenno or knows his whereabouts, they are asked to contact the Oregon State Police Southern Command Center at 541-664-4600 and reference case SP-20-173329.

Hagenno is considered to be armed and dangerous. If located, do not contact and call the police (911). 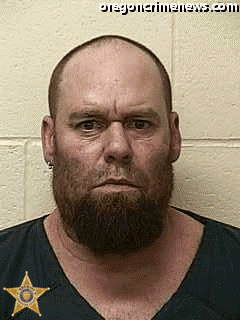