On Tuesday July 7, 2020, at approximately 5:45 p.m., the Redmond Police Department responded to the area of Highway 97 near NE Larch Ave. for a report of a two-year-old child running across both lanes of north Highway 97.  Further reports stated the child had fallen into the canal and was rescued by a passerby who witnessed the event.

The passerby, an adult female from Terrebonne, Oregon, had been driving northbound on Highway 97 when she saw a male, later identified as being the two-year-old’s father, flagging down vehicles when she saw the child run across Highway 97.  She pulled over and watched the child run through the grass and through a fence which separates the canal from the road.  She was concerned the child was going to run into the canal, so she exited her vehicle, crossed all four lanes of traffic and followed the child towards the canal.  While catching up to the child, she watched him fall into the canal.  She jumped the fence, jumped into the canal, and swam to the child who was submerged, and had ingested some water and was at serious risk of drowning.  She grabbed a hold of the child and swam him back to the east side of the canal where he was reunited with his father.  The child coughed up some water but was breathing.  Redmond Fire & Rescue transported the child to Redmond St. Charles for a medical evaluation and later released.

The preliminary investigation revealed the child was being babysat by his paternal grandmother at a residence on NE 3rd St. in Redmond, which was located east of the area where the child was located. The grandmother didn’t notice the child was missing until police officers contacted her to question her about his location.  The child’s father was walking home to his residence on NE 3rd St. from the area of Grocery Outlet when he saw his son running across Highway 97.

In the state of Oregon it is unlawful for a person who has custody/control of a child under 10 years of age to leave the child unattended in or at any place for such a period of time as may be likely to endanger the health or welfare of such child.  The grandmother, 51-year-old Redmond residence Jodie Ewing, was issued a citation for Child Neglect II and the case has been referred to the Department of Human Services (DHS) and District Attorney’s Office for further review.

The Redmond Police Department and Redmond Fire & Rescue would like to acknowledge the heroic act the adult female from Terrebonne, Oregon, made yesterday.  She put herself in great danger when she selflessly crossed a busy four lane highway and jumped into the cold canal to save the life of a two-year-old child she didn’t know.  She is a hero and we would like to thank her for the bravery and selfishness she displayed last night. 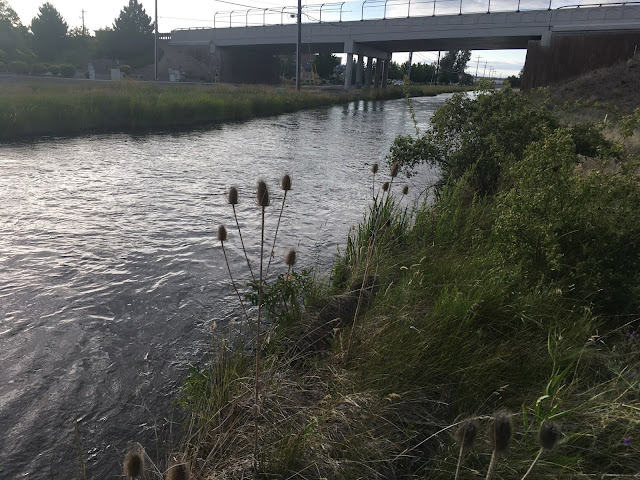