Between July 17 and 18, 2020, the Grants Pass Dept of Public Safety (GPDPS) received reports of suspicious behavior at two local businesses.  The first call was at Robinson Dental, 124 NE Evelyn. A male subject showed a 20 year old female employee explicit photos and video while making inappropriate comments. The male subject later sat alone in his vehicle in the parking lot and masturbated. The second call was at Holiday Inn Express, 105 NE Agness, regarding a male subject who exposed his genitals to a 20 year old female employee in the lobby of the hotel.

Further investigation determined the suspect, Jason Evans, was also suspected of similar incidents in Jackson County. As a result of the above cases, Evans was arrested and lodged at the Josephine County Jail on the listed charges. Anyone with information about these or other related incidents is asked to contact GPDPS at 541-450-6260. 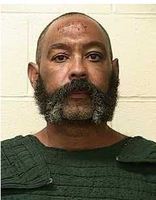