On Friday, July 17th, 2020, at approximately 3:20 a.m., Salem Police detectives were in a vehicle after conducting an investigation when a vehicle drove up next to the detectives and several shots were fired at the detectives’ vehicle.  One of the bullets penetrated the car, striking a detective in the arm. The suspect vehicle fled the scene and was later located in the 1200 block of Waller St SE.

The injured officer, identified as Salem Police Detective Angus “Scotty” Emmons, was able to drive himself and the other detectives to the Salem Emergency Department, where he was treated and released for non-life-threatening injuries. Det. Emmons is a 21 year veteran with the Salem Police Department.

Salem Officers surrounded the home where the suspect was believed to be inside.  The Salem SWAT team and negotiators, along with the assistance of the Oregon State Police SWAT team, responded to assist. The suspect, identified as Alejandro Maciel-Salcedo, surrendered peacefully to SWAT officers.

Salem Police Chief Jerry Moore said of the incident, “I’m relieved Det. Emmons wasn’t more seriously injured, and proud of the manner in which our officers resolved this matter. They showed great patience and restraint during an emotionally charged incident and successfully took the suspect into custody without injury to anyone else involved”.

Maciel-Salcedo was transported to the Marion County Correctional Facility where he was lodged on the listed charges. Waller St SE between 12th St SE and 13th St SE will continue to be blocked off for the next several hours while detectives process the scene.

Charges:
3 counts of Attempted Murder in the Second Degree

3 counts of Unlawful Use of a Weapon

1 count Assault in the First Degree

2 counts of Attempted Assault in the First Degree

Felon in Possession of a Weapon 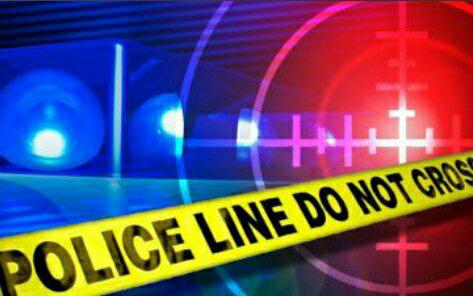