The 37 year-old went missing Tuesday, June 30, 2020, after he launched his kayak from his camping space at Diamond Lake Campground and paddled out onto the lake. At approximately 10:20 PM, dispatchers began receiving reports of a male yelling for help from the water. Boria was later reported as missing by his wife.

Search efforts are in the fourth day since the the initial report. Searchers have located his kayak, his paddle and shoes, but have not found Boria.

"There are factors which make this a difficult search mission. The primary difficulty we are currently facing is that no one observed where Jared was on the lake when he was calling for help," said Sgt. Brad O'Dell. "Searches usually begin at the point where the individual was last seen. In this case, it was too dark and witnesses could only hear requests for help, therefore we are making assumptions as to where he may have became distressed".

The Sheriff's Office is grateful for the assistance which has been provided to help locate Boria. Efforts to locate him have included marine deputies and searchers with specialized underwater scanning capabilities, dive team efforts, Search and Rescue crews from multiple counties and air assets. The following agencies have assisted in the search.
Search efforts are expected to continue over the holiday weekend. Anyone recreating in the area is asked to report any possible signs of Boria by dialing 9-1-1.

DIAMOND LAKE, Ore. - A Vancouver, Washington man is missing after taking his kayak onto the lake late Tuesday night.

At approximately 10:20 PM, 9-1-1 dispatchers received reports of a man yelling for help from the water at Diamond Lake. No one was able to see the man, but reported he sounded as if he was in distress.

Shortly after the initial report, dispatchers received a report of a missing person at Diamond Lake.

Deputies learned 37 year-old Jared Bruce Boria of Vancouver, Washington was camping at Diamond Lake Campground. Shortly before the 9-1-1 calls, Boria had put his kayak in the water and paddled into the lake. He was not wearing a life jacket at the time.

Deputies spoke to several witnesses who reported hearing a male in distress yelling from the water, but were unable to see anyone.

An initial search was conducted by Marine and Timber Deputies, Douglas County Fire District #2 and Diamond Lake First Responders, however they were unable to locate Boria or his kayak.

On Wednesday, July 1, 2020, Marine Deputies, Sheriff's Office Divers, Search & Rescue Personnel from Douglas, Josephine and Coos Counties and Oregon State Police Fish and Game Troopers conducted an exhaustive search of the lake. Boria's kayak, paddle and his shoes were located during the search; however, Boria is still missing at this time.

Boria is described as a hispanic male approximately 6'0'' tall, 160lbs, with brown hair and brown eyes.

Search efforts will resume Thursday, July 2nd. Anyone recreating in the area is asked to be aware of the missing person report and call 9-1-1 with any information which may help the search effort. 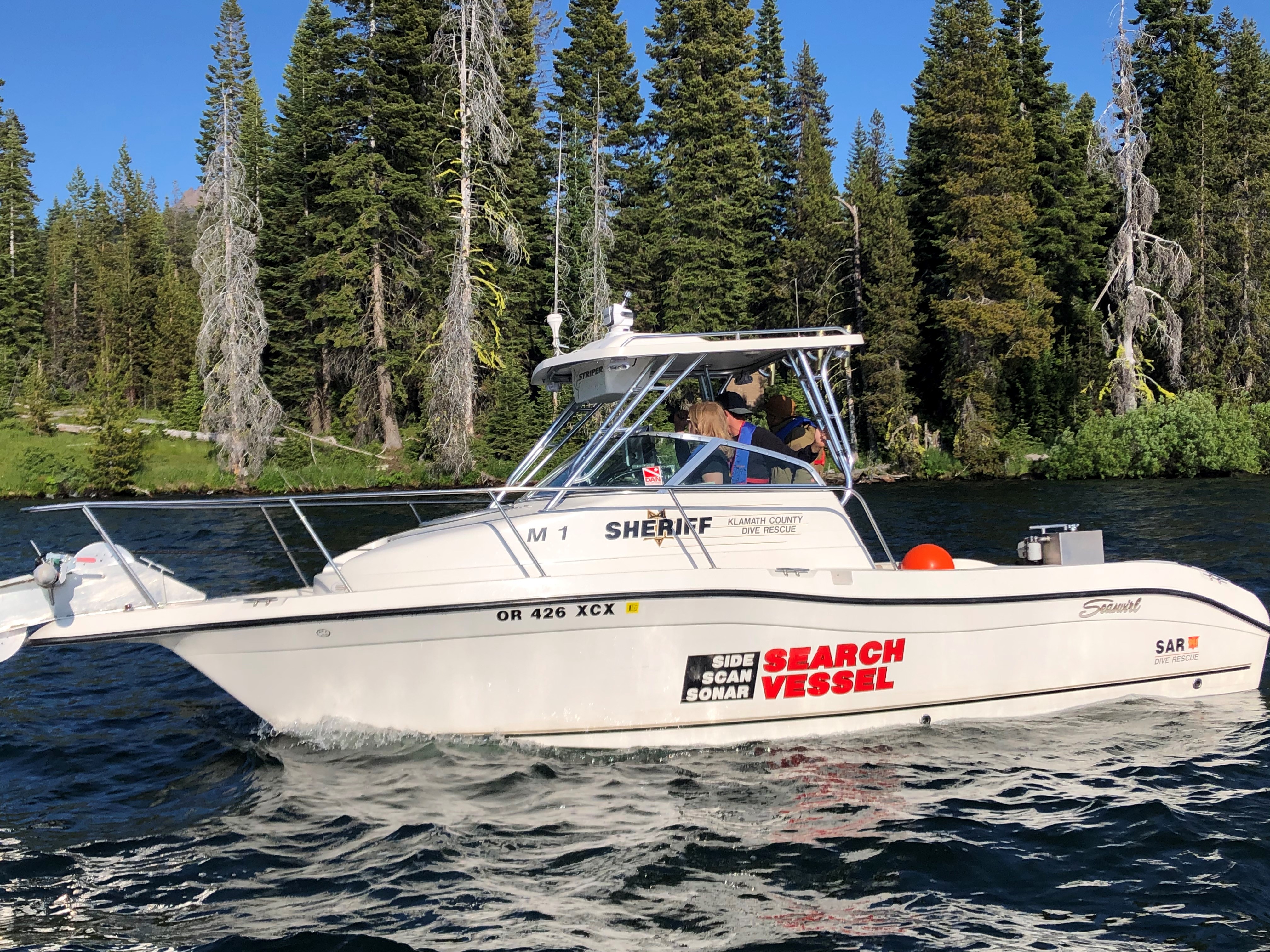