On 7/5/2020 at 7:03 p.m., the Lane County Sheriff’s Office received a report of a gunshot wound at a residence on Smithoak Street in North Eugene.  Deputies arrived and located a deceased male with a gunshot wound and two other males at the home.  Initial investigation indicates the three males lived together and were engaged in a physical dispute over living arrangements just prior to the shooting.

Deputies investigated the death and have arrested 59 year old Martin Joyce of Eugene who was lodged at the Lane County Jail on Murder.  Deputies are notifying family of the deceased prior to releasing his name.

This investigation is ongoing, but there is no indication of a continued threat to the community in connection with this case. 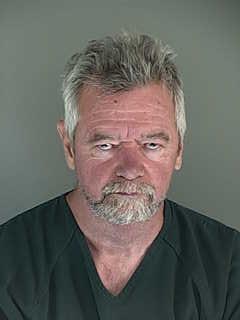