In May 2018, the Grants Pass Department of Public Safety received a report of a possible elder abuse. After the victim had passed away, family members discovered that Sydney Marie Wilder, an acquaintance of the victim, had unlawfully obtained funds from the victim’s bank account. Due to the complexity of the case, for the next 2.5 years the case was worked. At the conclusion, it was determined Wilder had financially exploited the victim’s age, vulnerabilities and poor health. During the victim’s last few years of life, Wilder is suspected to have stolen over $120,000 from the victim.

Grants Pass Department of Public Safety would like to thank the victim’s family for their patience and assistance and to remind the public that financially exploiting the elderly is a felony offense. Cases such as this are fully investigated and will be prosecuted to the fullest extent of the law. Anyone with additional information on this case, or similar incidents, is asked to call the Grants Pass Department of Public Safety at 541-450-6260. 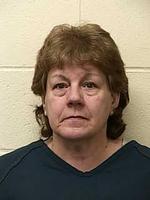