On August 10th at about 4:05am Corvallis Police Officers responded to a downtown business when an employee called at the request of George Spencer.  Spencer, who appeared to be under the influence of a drug(s), reported to officers that he had been assaulted in his nearby hotel room, but did not provide information to corroborate his report of an assault.  The hotel number he provided was fictitious, and Spencer’s only injury was as small scratch on his cheek.

At about 5:23am Spencer called from his actual hotel room at 345 NW 2nd St #115 to report a theft of his property.  When officers arrived, they observed an unresponsive female on the hotel room bed.  Officers attempted to administer aid, but she was already deceased.  The female was identified as Gina Vargas.

Corvallis Police Department detectives continued the investigation, learning Spencer had apparently met Vargas the day before.  In an interview, Spencer admitted he had consumed methamphetamine and became concerned over Vargas’ distant behavior.  He felt he was being ‘set up’ and therefore attacked Vargas, intentionally choking her to unconsciousness.  Spencer then fled to the downtown restaurant, where he attempted to report he had been assaulted.  He returned to his room (#115), where he encountered Joseph Rufugio Gomez.  Spencer believed some of his property was missing, so he called the police again.  Vargas was still unresponsive at that time.

Gomez was located by CPD and released without criminal charges.

The cause of Vargas’ death is still under investigation, pending an autopsy and other forensic analysis.

Spencer has been charged with Assault II for knowingly causing Vargas a serious physical injury by choking her to unconsciousness, Assault IV and Strangulation.  It is possible these criminal charges may change based on the outcome of the continuing investigation.

The Corvallis Police Department would like to thank the Benton County Sheriff’s Office and the Oregon State Police Forensic Services Division for their assistance in the ongoing investigation. 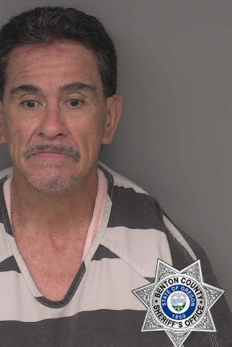