Shortly before 10:45 am on Wednesday, October 21, 2020, a Marine Deputy and Cadet were driving to the boat ramp at Ben Irving Reservoir when the Marine Cadet observed a vehicle over a steep embankment near the water. Once they got out of their vehicle, a woman could be heard yelling for help.

The deputies made an immediate request for fire and medical to respond along with a steep angle rescue team.

The female, identified as 65 year-old Marie Scarlett Wise of Roseburg, was found to be outside of her vehicle conscious and breathing, but unable to move. Wise reported she had crashed two days before being discovered. However, deputies later learned that Wise left Bandon at 10:47 am on Tuesday, October 20, 2020. The actual date and time of the crash is unknown at this time.

Fire and EMS crews were able to get Wise to the roadway and transported her to the boat ramp where she was then transported by REACH Air Medical Services helicopter to Riverbend Hospital. She is currently in stable condition.

The cause of the crash is currently under investigation. Anyone with information is encouraged to contact the Douglas County Sheriff's Office at 541-440-4471 referencing case number 20-4883. 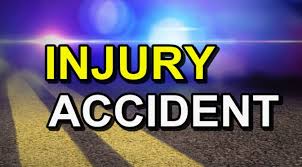