On Thursday, October 22, 2020, at 11:22 p.m., Washington County Sheriff’s Office deputies responded to a three-vehicle crash in the 19200 block of SW TV Highway in Aloha. When they arrived, they saw that a 2003 Ford F-150 had struck a large landscaping boulder on the north side of the road. The impact of the collision propelled the boulder about 75 feet, where it collided with a parked 2004 Toyota Corolla. Two people were in the Corolla at the time. The Ford truck continued another 85 feet, where it went up and over the rear of a 2003 Chevrolet Impala before coming to rest. Fortunately, no one was injured.

The investigation revealed that 18-year-old Ezequiel Garrido-Torres was driving while impaired. Mr. Garrido-Torres was cited for DUII – Controlled Substance, Recklessly Endangering Another Person and Reckless Driving. No booking photo is available at this time. His first court appearance will be on November 24th.

The Washington County Sheriff’s Office wishes to remind the public about the dangers of impaired driving. Deputies recommend designating a safe driver prior to any consumption of alcoholic beverages or marijuana. As alternatives, public transportation, taxis and app-based transportation networking companies are readily available in the Portland Metro area.

One victim who was in the Toyota Corolla is willing to speak to the media. Please call or email the PIO to obtain her contact information. 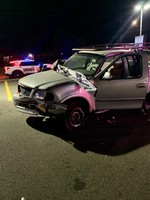 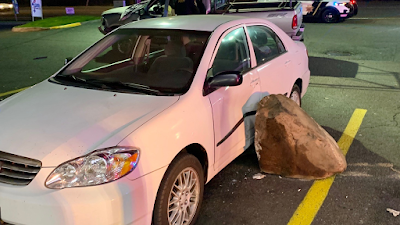 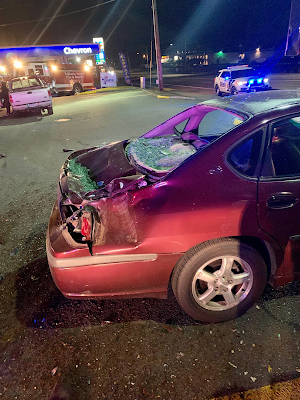