On November 20, 2020, at approximately 6:07 p.m. the Redmond Police Department (RPD) and Redmond Fire & Rescue were dispatched to the area of NW 6th St and NW Kingwood Ave for a report of a motor vehicle crash involving a pedestrian.  Upon arriving, officers learned 90-year-old Redmond resident Leroy Hall, who had been wearing dark clothing, had been crossing NW 6th St., not in a crosswalk, when he was hit by a maroon 2018 GMC Yukon and then hit again by a second vehicle.  The driver of the Yukon, later identified as 19-year-old Redmond resident Anthony Vasquez, fled the scene, while the second vehicle stayed on scene.

At approximately 6:16 p.m. officers located the Yukon and Mr. Vasquez in the vicinity of SW 15th St. and SW Metolius Ave.

Mr. Hall died at the scene as a result of injuries sustained.  Mr. Vasquez was subsequently arrested and lodged at the Deschutes County Jail and charged with the following crimes: Manslaughter I, Criminal Negligent Homicide, Hit & Run-Felony, Driving Under the Influence of Intoxicants - Controlled Substances, Reckless Driving, and Reckless Endangering.

Redmond’s safety is our top priority and we would like to remind people to do the following if they are involved in a motor vehicle accident involving a pedestrian: Stay at the scene of the accident, call 911 if somebody is hurt, call the non-emergency number (541-693-6911) if no one is hurt, get everyone in a safe location until police arrive and if possible render aide to anyone who is hurt.

We also want to remind people to stay safe while walking near roadways at night.  This includes wearing bright and reflective clothing, using a light generating device, using marked crosswalks when crossing roadways, and ensuring it is safe to cross before entering the roadway.

This case remains under investigation by the RPD.  If you witnessed or have information regarding this incident please contact the RPD through non-emergency dispatch, 541-693-6911.  We would also like to thank the following community partners for their assistance during this investigation:  Deschutes County Sheriff’s Office, Bend Police Department, Medical Examiner’s Office, Deschutes County District Attorney’s Office, Redmond Fire & Rescue and Redmond Public Works.

This investigation is active and ongoing, therefor no additional information will be released at this time. 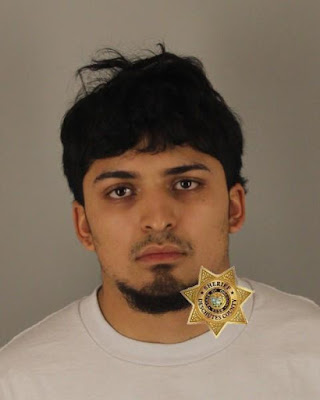