On Thursday, November 19th, Yamhill County Sheriff’s Office Investigators arrested a Dallas woman on charges related to the death of a pedestrian who was struck in a hit and run crash.  That incident occurred on November 7th on SW Durham Lane near Highway 18, approximately one mile west of the City of McMinnville.

Kari Lin Smith, 47 years of age of Dallas, OR, is believed to have been the driver of the Ram pickup, which struck and killed 58-year-old Ricardo Morales Avila of Salem.  Smith was taken into custody by deputies in the City of Amity at approximately 3:00 p.m.

On November 10th, Investigators seized a 2008 Ram 1500 pickup in connection with the case and investigation and evidence pointed to Smith having been the driver at the time of the crash.

Smith was lodged into the Yamhill County Correctional Facility on charges of Failure to Perform the Duties of a Driver to an Injured Person and Criminally Negligent Homicide.  Her bail is currently set at $160,000.  She will be arraigned at 1:30 p.m. today in Yamhill County Circuit Court.

“Our hearts go out to Mr. Morales Avila’s family and friends.” said Sheriff Tim Svenson.  “I understand it is a small consolation, but we hope our investigators have helped in some closure for the family that may not have occurred otherwise.” 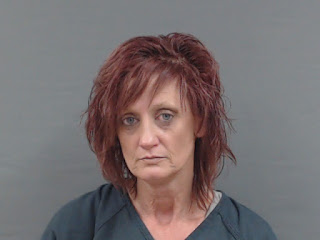