During the early morning hours of November 19, 2020 Deputy Carson Bartlett stopped a vehicle in the city of Lafayette.  The driver, Ronald Gordon Griffin, age 38 of Lafayette, OR was arrested on outstanding warrants for Parole Violation and Failure to Appear on Driving While Revoked.  He was also charged with Driving While Revoked-Misdemeanor.  Mr. Griffin has been arrested 5 times by Yamhill County Sheriff’s Office in the last 2 months for Driving While Revoked-Misdemeanor.  In addition he has been arrested on warrants previously on September 15, 2020 and on November 6, 2020 he was issued criminal citations for Unlawful Delivery of Heroin and Unlawful Delivery of Methamphetamine based on evidence found when a search warrant was served on a vehicle he had been driving.

Additional charges are pending review from the District Attorney based on drugs found in a vehicle searched on November 11, 2020 that Mr. Griffin had been driving.  Mr. Griffin is currently on Post-Prison Supervision through Yamhill County.  His arrest this morning is his 56th arrest.  Mr. Griffin is lodged in the Yamhill County Correctional Facility. 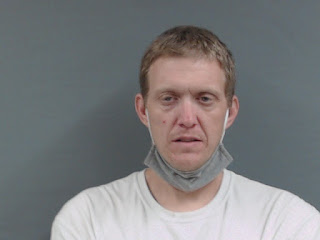