On Monday, November 2, 2020, at 5:00 pm, 9-1-1 dispatchers received a call from a man who stated 60-year-old Charles Roscoe Jones of Myrtle Creek had pointed a firearm at him in the 11000-block of North Myrtle Road. The caller told dispatchers Jones then shot the caller's pickup as he tried to leave the area.

Deputies contacted the victim and observed apparent gunshot damage to the back of the victim's pickup, consistent with a shotgun blast. They also located a shotgun shell wad and broken pieces of the victim's taillight in the street where the shooting took place.

Deputies obtained a search warrant and served it at Jones' home. During the execution of the warrant they located a shotgun and two spent shotgun shells.

Jones was arrested and lodged in the Douglas County Jail on the following charges:

Anyone who witnessed the incident is asked to contact the Douglas County Sheriff's Office at (541) 440-4471 or by email at dcso.pio@co.douglas.or.us referencing case number 20-5112. 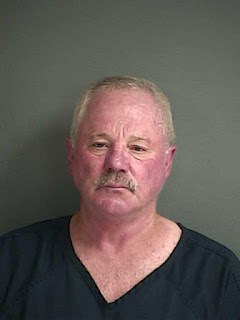