During the past several months, the Roseburg Police Department has been investigating numerous cases of damage caused to the Douglas County Republican Headquarters located at 506 SE Jackson Street in Roseburg.  During these incidents the windows have been broken several times, and on multiple occasions graffiti was sprayed on the exterior of the building.  In one of the recent cases 38 year old Sean Michael O'Grady of Roseburg was identified as a potential suspect.

Roseburg Police Department Detectives contacted O'Grady on Tuesday, November 17th and he was ultimately charged with criminal Mischief in the First Degree, which is a Class C felony in Oregon.

The investigation into the previous cases continues, and there may be additional charges pending. 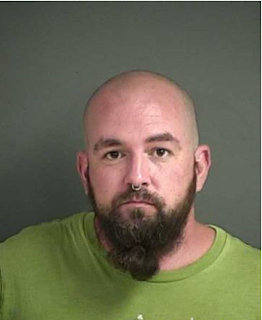