DAYS CREEK, Ore. – Deputies served a search warrant in Days Creek on Thursday which resulted in the arrest of a man on weapons charges and others.

In September, deputies obtained information that a dog had been illegally shot and killed by 48 year-old Michael Angelo Antoci of Days Creek at a Pachamama Farm, located in the 1000-block of Woods Creek Road, around November 2019.

Upon further investigation, information was obtained that Antoci, the owner of Pachamama Farm, is prohibited from possessing firearms. Additional investigation revealed that Antoci had several firearms in his possession and had used them for several purposes.

Deputies obtained a search warrant, which was executed at Pachamama Farm on Thursday, November 19, 2020. Deputies seized several firearms during the search warrant and discovered stolen property valued over $1,000, resulting in additional charges.

Antoci was taken into custody and lodged at the Douglas County Jail on the following charges: 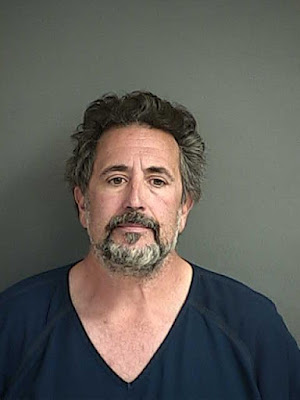