PORTLAND, Ore. – Today Multnomah County District Attorney Mike Schmidt and the Gresham Police Department are asking the public for assistance in determining whether there are additional victims of a man currently charged with sexually abusing four male victims.

Due to the sensitive nature of this case, law enforcement is asking media to refrain from contacting the victims or their family members regarding this case.

During the investigation, the Gresham Police Department developed information to believe that Lewandowski repeatedly, over the course of many years, sexually abused the four victims when they were between the ages of 10-17.

Based on information developed during the investigation, law enforcement believes Lewandowski used grooming techniques to gain the trust of his alleged victims by purchasing gifts, including candy and games.

Detectives with the Gresham Police Department have determined all four victims have similar gaming interests and that Lewandowski likely took advantage of that fact.

The interests include board games, card games and online gaming, according to law enforcement.

Lewandowski is known as a family friend to three of the victims, but not the fourth victim.

Because of the number of victims currently identified, and the grooming tactics alleged, the Gresham Police Department and the Multnomah County District Attorney’s Office are asking the public for assistance in determining whether there are any additional victims.

Anyone with information is asked to call Gresham Police Detective Aaron Turnage at 503-618-3136 or aaron.turnage@greshamoregon.gov.

No additional information can be released by the Gresham Police Department or Multnomah County District Attorney’s Office at this time.

A charging document is only an accusation of a crime. Lewandowski is innocent unless and until proven guilty. 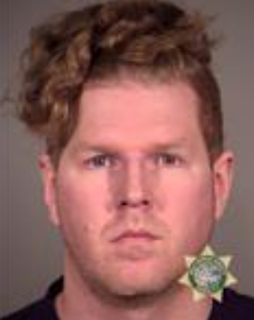