Torres was released from the hospital on November 1, 2020 and was taken into custody by Oregon State Police Troopers and transported to the Douglas County Jail where he was lodged on the following charges: 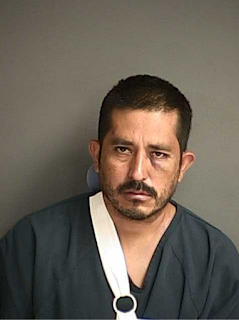