On Thursday, November 13, 2020, at 7 p.m., Washington County Sheriff’s Office deputies serving the City of Cornelius responded to a reported strong-arm robbery at a farm and ranch store in the 3800 block of Baseline Road.

When they arrived, store employees reported that an adult woman was seen walking throughout the store, loading items into a baby stroller, which was partially covered by a blanket. She then walked past all cash registers to exit the store, without paying for the items.

When contacted near the front door, the female suspect assaulted a store employee. Fortunately, the employee was not injured. It was later determined by store personnel that the items the woman attempted to steal were valued at almost $700.

Under Oregon law, a theft becomes a robbery when a suspect uses, or threatens to use, physical force upon another person with the intent of overcoming the efforts of store employees/loss prevention officers.

The investigation revealed the suspect to be 28-year-old Natashia R. Gomez, of Hillsboro. Her current whereabouts are unknown.

Anyone with information on this case or the whereabouts of Ms. Gomez is asked to contact deputies at 503-629-0111. 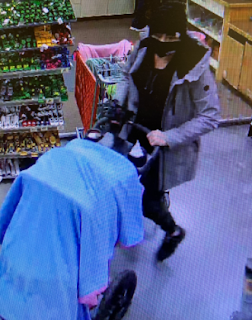