ARREST MADE IN HOMICIDE NEAR JEFFERSON

Linn County Sheriff Jim Yon reports his detectives made an arrest related to the investigation of a body found on a property in the 38000 block of Densmore Road, Jefferson, Linn County Oregon, reported on December 5, 2020.  Phillip Henry Gurule, 59, of Portland, Oregon, was arrested in connection with the murder of Richard Anderson, 41, of Portland, Oregon.

Linn County Detectives worked around the clock, developing a timeline of Anderson’s days and the people associated with him.  Detectives continued to develop information and were assisted by Portland SWAT to serve two search warrants in the Portland area.  On December 17, 2020, at 11:46 pm., detectives served a warrant in 7400 block of SE Henry Place in Portland.  On December 18, 2020, at 1:30 am., an additional warrant was served in the 700 block of SW 11th Avenue in Portland.

Gurule was contacted during the search warrants and arrested.  Gurule was lodged at the Linn County Jail for Murder in the 1st degree.  Linn County Sheriff’s Office was assisted by Lebanon, Sweet Home and Albany Police Departments and Portland Police Bureau.  The investigation is on-going.  If you have any information on this case, please contact Detective Colin Pyle at (541) 967-3950. 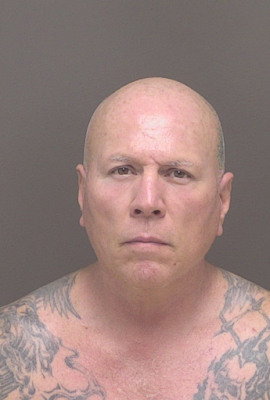