ROSEBURG, Ore. - Deputies have arrested a man who broke into the Douglas County Courthouse Sunday night.

On Monday, December 14, 2020, deputies were notified of a burglary which had occurred sometime over the weekend. An employee reporting for work at the Courthouse noticed a door which had been damaged and reported it.

Deputies were able to obtain surveillance footage from the Courthouse which showed a male enter the building at approximately 8:00 am on Sunday, December 13, 2020. Deputies processed the scene and collected evidence to further the investigation.

The suspect was later identified as 27 year-old Robert Darnell Kemp of Roseburg.

On Tuesday, December 15, 2020, Kemp was contacted in the 200-block of Jackson Street in Roseburg. Additional evidence was collected linking Kemp to the burglary. He was taken into custody and transported to the Douglas County Jail where he was lodged on the following charges: 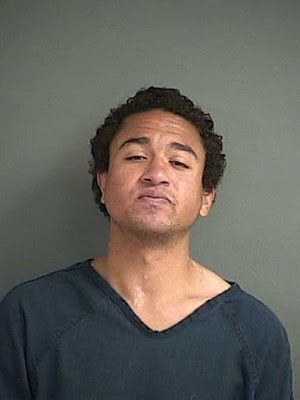