A person of interest is being sought after a North Bend Man was found dead  in a North Bend residential neighborhood late Sunday morning from what authorities say was extensive crush-type injuries.  40-year-old Joshua James Thompson with a last known address of Coquille is being sought as a person of interest in connection with the incident. According to District Attorney Paul Frasier, 28-year-old Michael David Moore of North Bend was allegedly struck by a Chevy Tahoe that ran into the residence at 2719 Union Avenue. The driver of the Tahoe then reportedly left the scene before the vehicle was found abandoned by Law Enforcement a short distance away on Chester Street.

Frasier says the investigation revealed three vehicles were initially involved in a road rage incident that began near the Liberty Theatre on Highway 101. A Black Ford Ranger that Moore was riding in reportedly became disabled causing him to exit the vehicle. He reportedly confronted the driver of the Tahoe before he was reportedly struck. An eyewitness indicated the driver of the Tahoe got into a red Honda Prelude that left the scene.  Both the Tahoe and Ranger have been impounded and authorities are awaiting a search warrant so forensic experts can examine them for evidence.

Frasier says authorities are seeking the public’s help in identifying the Honda Prelude which is red in color with a light-colored hood. They also released a photo saying the time stamp is incorrect, however the correct time would be approximately 11:27 am. Investigators are also attempting to locate Thompson.

Anyone who knows his whereabouts is asked to not approach him, but to call the police if he is seen. Finally, Frasier says anyone who may have witnessed the incident that occurred on several streets between Highway 101, Sherman Avenue, Union Avenue and Chester Street to contact the North Bend Police Department. 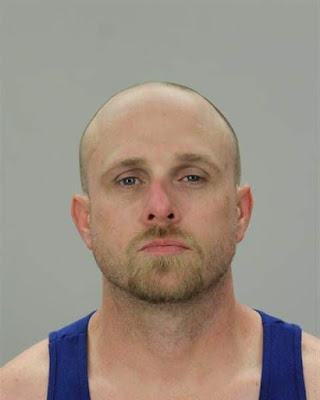 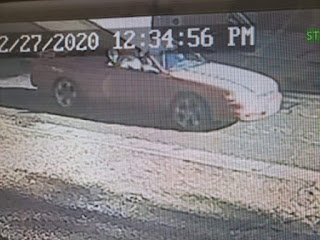 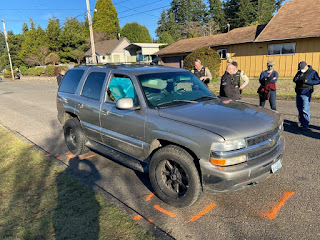 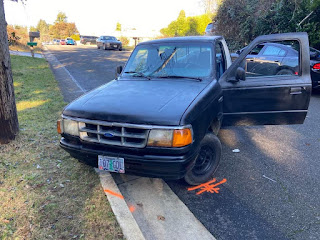