On Thursday, December 17, 2020, around 12:00 pm, a deputy attempted to conduct a traffic stop on a black 1991 Toyota Celica which was displaying the wrong license plate on Interstate 5 near milepost 88 northbound. The driver, later identified by law enforcement as 47-year-old Jeffrey Jay Fahey of Portland, failed to stop for the deputy which resulted in a vehicle pursuit. Fahey lead deputies off of Interstate 5, onto Upper Cow Creek Road, through forest roads over the mountain and down onto Tiller Trail Highway at mostly slow speeds. Spike strips were deployed three times, each attempt successful, although Fahey continued to attempt to elude deputies.

At 1:50 pm, the vehicle failed in the 21000 block of Tiller Trail Highway and came to a stop. Fahey fled from the vehicle on foot, but was captured by deputies a short distance later. He was taken into custody without further incident.

Deputies learned the vehicle had been stolen, but had not yet been reported to law enforcement. Fahey was transported to the Douglas County Jail where he was lodged on the following charges: 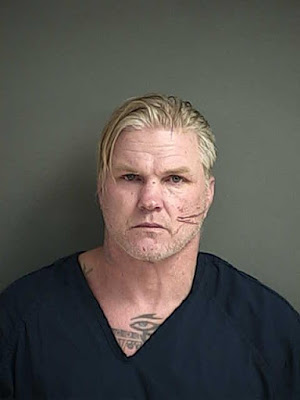