WANTED SUBJECTS ARRESTED AFTER REPORT OF SHOOTING EAST OF REDMOND, PURSUIT, AND CRASH

On December 21, 2020 at approximately 1050 AM the Deschutes County Sheriff’s Office responded to a call of a subject shooting at another person east of Redmond. The reporting person reported the subject was Thomas Cross and he was with Jenna Campbell. The two subjects were reported to be in a black and blue Ford Ranger.

Thomas Cross was contacted while walking down a nearby road and was taken into custody without incident.

Campbell was observed running in the area of NE Vaughn Avenue and later entered an occupied residence on Vaughn Rd. Campbell was later taken into custody.

Both subjects have been turned over to detectives from the Tri-County Major Incident Team.

This is still an active investigation. Further details of today’s incident will be released at a later time. 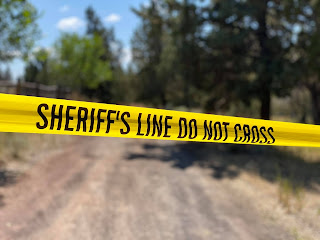