WANTED SUBJECTS ARRESTED AFTER REPORT OF SHOOTING EAST OF REDMOND, PURSUIT, AND CRASH

Detectives learned during their investigation on December 21, 2020 that Thomas Cross stole the Ford Ranger and used a handgun during the theft of the vehicle. The vehicle owner’s girlfriend later observed Cross and Campbell in the vehicle and believed something was wrong due to her boyfriend not being inside. She used her vehicle in an attempt to block the truck on a dirt road. She reported that Cross shot at her after she blocked him in. After Cross and Campbell fled the area she called 911 to report the incident.

During the subsequent lengthy investigation, detectives determined Campbell had unlawfully entered an occupied home in the 4000 block of NE Vaughn.  Campbell then pointed a firearm at the homeowner inside the residence, but the homeowner was able to get away and lock herself and her children inside a bathroom. Campbell then left the residence and attempted to steal a vehicle in the driveway.  Campbell was located inside the vehicle by deputies and was taken into custody without incident.

During a search of the area deputies located two firearms. One of the firearms had been reported stolen out of the City of Redmond.

Both subjects were transferred over to detectives with the Tri-County Major Incident Team.

Cross was later transported to the Deschutes County Sheriff’s Office Jail where he was lodged on the above mentioned charges.

This case is being reviewed by the Deschutes County District Attorney’s Office, and further charges on Campbell are likely.

Charges: Assault II, Felon in Possession of a Weapon, Robbery I, Menacing, Unlawful Use of a Weapon, Unauthorized Use of a Motor Vehicle, Theft II. 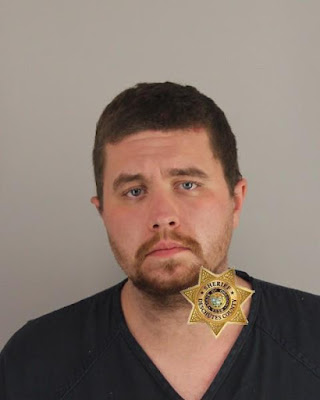