UPDATE January 26, 2021 at 1800 — The medical examiner has confirmed the findings of no foul play in the death of Kristopher Allen Rice whose body was found on the riverbank of the Willamette on Saturday, January 23.

Rice was seen by officers on January 7 during an attempt to reach him in relation to an arrest warrant. Officers were unsuccessful as Rice immediately fled before officers could physically reach him. Rice disregarded officers calling out to him as he fled. He was seen going into the river. A search for Rice was initiated including the deployment of a Salem Fire Department rescue boat. Rice was not found, and the search discontinued.

Next of kin notifications have been made.

Rumors circulating on social media related to the manner of Rice’s death are in direct contradiction to the medical examiner’s findings.

Salem, Ore. — On Saturday, January 23, 2021 at approximately 4:30 p.m. the Salem Police and Fire Departments received a call of a body found in the water near the west bank of Wallace Marine Park. A passerby noticed the body.

When officers arrived, they located the body entangled in brush and partially submerged. The area had recently been covered by high water. The Polk County Medical-Legal Death Examiner responded to the scene. Based on the initial investigation no foul play appears to be involved and the cause of death is presumed to be water related.

The deceased has been identified as Kristopher Allen Rice, age 28 of Salem. 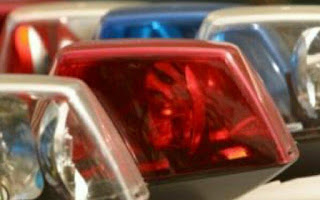