Preliminary investigation revealed that a Ford F250, operated by Trever Lee (33) of Sandy, was westbound at a high rate of speed when it hit the back of a GMC Sierra operated by an adult male.  His name will be released later today.

The operator of the GMC Sierra is being identified as Grant Fischer (23) of Boring.

Lee was released from the hospital and transported to the Clackamas County Jail where he was lodged for Criminally Negligent Homicide, Manslaughter, Reckless Driving, and DUII.

The operator of the GMC Sierra was transported to the hospital where he was pronounced deceased.

OSP is requesting that anyone who might have witnessed any abnormal driving from a white Ford F250 (stock photo attached) to contact the Oregon State Police Northern Command Center at 1-800-442-0776 or *OSP and refer to case # SP21-023396.

OSP was assisted by the Clackamas County Sheriff's Office, EMS, and ODOT. 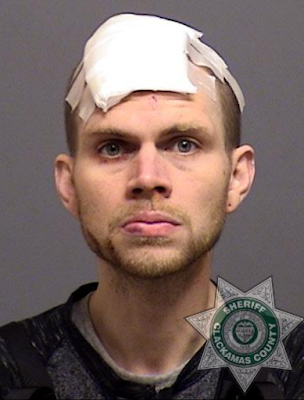